Say Hi has a new album out, and gosh darn it if it ain't as good as the last one.

Two sweet albums, and like a million years since my last post. But alas and alac, I should be writing a paper right now.

toodles,
Posted by Andrew Sorenson at 12:04 AM 2 comments: 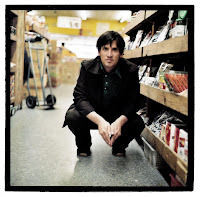 Get the album, see the show. It'll move you.
Posted by Andrew Sorenson at 10:52 AM 2 comments:

How to clean a silk tie

Lets say you're at a wedding, or just going out on the town. So you're all dressed up; A suit, or maybe just a classy dress shirt, and a fine silk tie. You sit down for a bite to eat. and you spill something on your tie!!!! oh god no..... not the silk tie.... never that! maybe it's just a little spec, um coffee... or maybe something less threatening...like pheasant. So what do you do?Well, I'll tell you.

Your tie is ruined. just hang your head in shame and never dress up again and blend into mediocrity.

Or just do your best to prevent any such occurrence by throwing your tie over your shoulder, but not in very formal settings. That could get you into hot water. And, if you really want to try something to fix your beloved tie, you can take stain remover and dab it onto the tie with a napkin. NEVER USE WATER ON A TIE! Also I've been told that talcum powder can be used to remove grease.

And I know I have only the classiest of readers, so this little heads up will not fall onto dead ears.

Peace, you classy people you.
Posted by Andrew Sorenson at 8:29 PM 3 comments:

This is another album notice/ band review thingy... The band is previously known as "Say Hi to Your Mom" which is now under the much shorter yet arguably less effective moniker "Say Hi". They have released an new album this year called "The Wishes and The Glitch". It is pretty much the only thing I have been listening to all summer.... granted that summer is still fairly fresh, but the point I'm trying to make is that this album rocks! The more you listen to it, the more it grows on you.

Short but sweet... It would be longer but I have a crappy old pickup truck to fix... I love my life.
Posted by Andrew Sorenson at 1:57 PM No comments:

Hey, so I've got both blogs rocking now.

Check it out at MoviePictureBox

I rant about the new Indy Film.

It's great.
Posted by Andrew Sorenson at 11:47 AM No comments:

So, here I am again, having neglected my blog for months and months. To tell you the truth it would probably be a couple more months before I blogged again if it wasn't for Lance commenting that I hadn't posted in a while. I'm mostly just honoured that someone still checks, even though I don't post very often. But here again, I will vow to post more frequently, and not let this blog melt away into mediocrity.

Today I might even have some interesting content instead of my regular banter of not knowing what to say; and then some various self beratement.

Today is about the band The Lonely Forest.

I first heard them in Seattle at Bumbershoot, an awesome music festival that I suggest you all go down and see, at the EMP Skychurch, which is a kick ass venue. Of all the acts at this festival, which included: The Newpornographers, Spoon, Badly Drawn Boy, Rouge Wave, Keane West, AFI, Great Big Sea, Fiest, so on and so forth... These guys were probably my favourite. The show was just so much fun... I think I may have even jumped a little, it's kind of a big deal. Just a little.. I'm not like some freaking pentecostal or something.

I recommend you all go to their Myspace page listen to their music. It's really better than me just describing it to you in writing. Although my words are like sun-spun gossamer from the mind of a poetic genius..... but I still think it would be better if you just listened to the music.... They just self released another album called "We sing the body electric" which I'm not too familiar with yet. But I have and love, and listen to religiously their first EP and first Album, titled The Lonely Forest and Nuclear Winter respectively.

Hopefully you like it. and if your ever in northern washington, try and catch one of their shows.
I know I'm going to.

Peace
Posted by Andrew Sorenson at 5:38 PM No comments:

So Oscar season is upon us. Yawn...

so...Andrew, the film guy, not excited about the Oscars. that's wierd.....

yeah...I'm not a huge fan of the Oscars, it all seems so arbitrary and and political. For instance, I think The assasination of Jesse james should be in the running for best picture, but it only shows up in best supporting actor and cinematography. the latter of which it will win. Roger Deakins is a freakin' machine. I am awed by his greatness.

And excuse me, this might be an obtuse question, but where is Rambo on this list? I mean, that movie was freakin awesome... and not even a mention... not even in best actor... what's this world coming to. again, you might be sensing some sarcaism, but I really do like stallone. I think he is given a rough time unfairly, unlike his action star counterpart, the govenator.

at least Transfomers got some nomination nods.

Michael Clayton.. that film is overrated. just so you know. I will be dissapointed if it wins anything.

Juno was good. I think it'll do well. Maybe it has been a little to hyped up at this point. It's not THAT good. it was good. that is all.

There will be blood. I like it. I think Daniel Day Lewis will win one for this role. he was a gooder in this film.

Best supporting actor is actually the tighest race I think. all killer actors in that catagory anyhow.
I wish casey affleck could win, but it'll probably go to javier bardem, for his kick ass portrayal of a creepy hitman in texas.

Once has to win best song. It has too! It is an awesome song. great stuff. Not that the enchanted songs aren't great.

I was watching a little bit of E talk today *gag* and it just irritated me so much. It's all, "oh, shes wearing this" and "he is dating her" and scandle because they got seated in the 3rd tow instead of the 4th.... and so on and so forth... just stupid... I hate that.. the whole thing.

Why do people care. I mean, I like that these people make good movies, and I take an interest in their careers and future work. But I could care less who is dating who or whatever... maybe that's just me. And I wish brittany spears would just die already.. I don't give a sh*t.... not at all...

this has been a rambling discourse on the oscars and entertainment in general.

I haven't written in a while, hence the ramblyness... and I am aware that's not a word.


So, till next time,

So, these past few weeks have been fairly lame, like the title suggests. It seems like everyone is so busy that they just never want to hang out. I always have time to hang out. even when I really don't; I just love hanging out and being sociable. Me? Sociable? Yeah, that's right. I am.... Well... maybe not sociable... but I like hanging out... So yeah, for the most part it's been me and Alex... just hanging out... which is okay, but you know, it gets old. So this is my passive aggressive plea.


life has been okay otherwise. I got a raise, and work is still kind of fun. So yeah, that's good.

I'm watching the superbowl right now... I don't really care about that... but there's no one to hang out with.....

Hah. I love to complain. It's cathardic.

I have a beard.
Posted by Andrew Sorenson at 4:46 PM 2 comments:

who sucks at blogging? This guy.

I'm sorry to anyone who has looked at the blog in a while; I have been remiss in my blogging duties. But I do have an excuse. I haven't had a computer for the last few weeks, so it's been rather hard for me to get on the internet. so yeah... I'll have a new computer in a week or so, and then I'll blog like nobodies business, for as most of you know, I work and then I have nothing else to fill my time... Not like those university types who have homework and whatnot. So yeah... it won't always be like this.

boredom in a written manifestation

I have moved back to Saskatoon since I last wrote on my blog, which was a while ago now. I guess I have graduated since then as well. Look at me go.

I'll probably have another time that I'm bored pretty soon... and it's not like anyone will read this till I post again anyways... or ever....