Banks are the Devil

"I believe that banking institutions are more dangerous to our liberties than standing armies."
- Thomas Jefferson, 3rd US President.

Okay, I mentioned my little bank problem last time, but it was a way bigger pain today when I tried to get the problem rectified. I went to the bank here, and went to start an account.....but, apparently I don't have proper I.D.... I guess my government sanctioned I.D is not worthy of banks....

so then I was just going to cash a cheque to myself... but they said they couldn't guarentee that I had money in my account... so then I phoned my bank to see if there was any way I could get my money here, because I needed some money.... So they told me to get a "Hold Funds" on that cheque which basically means my bank would vouch for the fact that I had money and that it would work.... So I went back in and tried again... but they don't hold funds between provinces I guess you can't trust an albertan bank in B.C.. I don't know why a credit union would lie to another one about their customer having money in their account, but hey...
so then they suggested I get a wire transfer.. I gave them my banks number on a card.... but they had to verify the number through their channels... so they called my bank to verify who I was, and they asked them about a zillion questions..... my bank had no problem verifying me, but the B.C branch wasn't convinced..... they went over my physical traits, my drivers lisence, all the little numbers and info on my checks.... I guess they wanted to make sure I wasn't a criminal master mind who had surgery to look like Andrew Sorenson, stole his government ID and his personal checks and then created a fake credit union bank in viking and hired staff there to create the perfect ruse to steal 250 dollars!!! MUHAHAHAHA!!!!! I'm pretty much the best criminal ever... 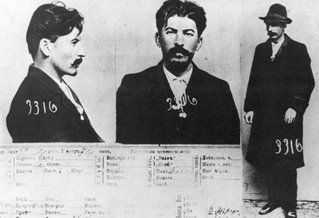 Eventually I did get that to work, but I had to pay 25 dollars and spend my whole morning at the bank to get it... so as you can tell by my long and rather irritated blog I loved the whole experience.... it's funny that all of this work wouldn't have needed to happen if I had a credit card.... I dunno, that sounds like some sort of descrimination to me....

So this has been my rant to tell the world that banks are the devil incarnate.. They hold your money and they have all the control... like my good bud Jefferson said at the beginning of this blog they are more dangerous than armies...... man I hate banks.... they never give me money, or make my life easier... they are always either just okay, or else they are making my life a living hell.... like not giving me my money..... jerks..... okay okay okay, enough ranting... sorry.....


It also has started to rain quite heavily, which is kind of fun. Here is a poem that my other good buddy Carl Sandburg wrote

The fog comes
on little cat feet.
It sits looking
over harbor and city
on silent haunches
and then moves on.

I read this poem like a million years ago in middle school and I just remembered it today for some reason.. .and it fits with the weather here in Vancouver... imagine that...

anyhow, there's the rant and poem combo... hope you all enjoy,

Posted by Andrew Sorenson at 1:01 PM

i've listened to this song like 5 times by now....its pretty good.

you look a lot different than you did in the summer. i like the moustache though.

Hey,nice blog!!! I found a place where you can make an extra $800 or more a month. I do it part time and make a lot more than that. It is definitely worth a visit! You can do it in your spare time and make good cash. Make Extra Cash